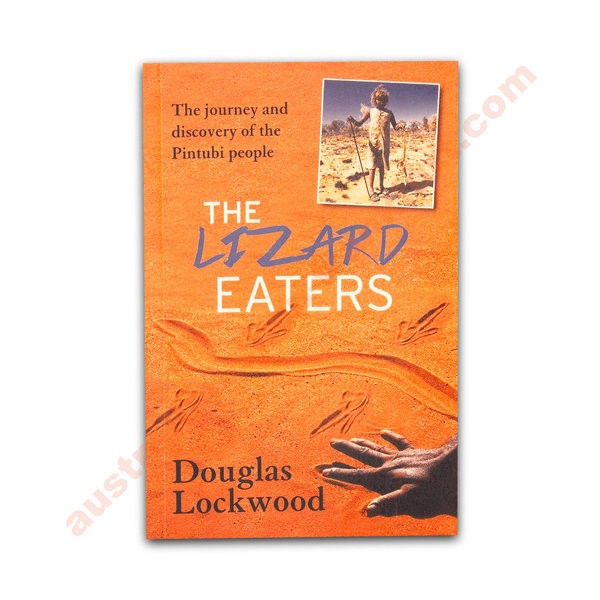 In 1957, officers from the Welfare Branch of Northern Territory Administration began patroling the Gibson and Great Sandy Deserts. Here they found the Pintubi people,who had never before beenin touch with white

civilisation. In 1963, the Melbourne Herald's correspondent, Douglas Lockwood, wasinvited to join a patrol intothe Gibson Desert to a pointabout 960km west of Alice Springs, and 320km across the Western Australian border.

The Lizard Eaters tells the fascinating story of that journey and the discovery of yet more Pintubi people.