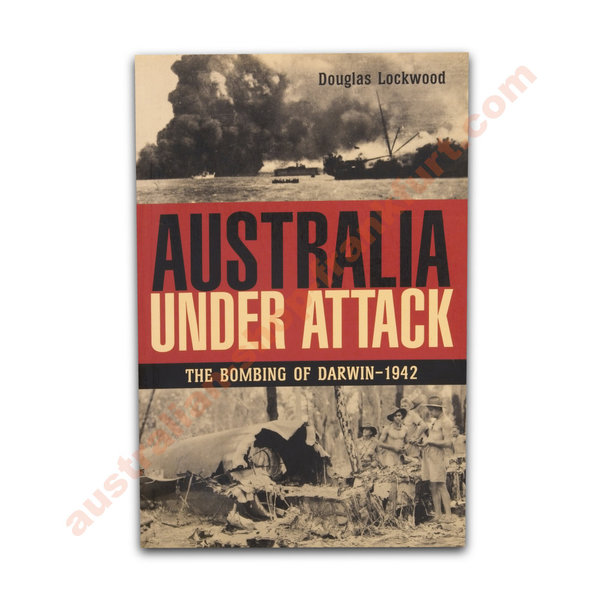 Australia Under Attack - The Bombing of Darwin 1942

The first ever attack on Australia by a foreign power occurred at Darwin on the 19th February 1942. The town was bombed in broad daylight by members of the Japanese Carrier Task Force which had been engaged at Pearl Harbor two months earlier. Not a single operational R.A.A.F. fighter aircraft was available to meet this attack, imminent and inevitable though it was ....

At the time of raid, Douglas Lockwood was a correspondent for the "Melbourne Herald" in Darwin. In the years that followed, he travelled the world interviewing survivors and participants of the attack to produce the first

complete reconstruction of that tragic day. Even now, "Australia Under Attack" remains the most reliable and accurate account of the Darwin bombings.